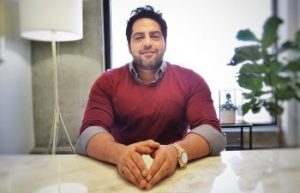 Peptide therapy and questions regarding it are a growing part of the fitness and weight loss communities.

Almost daily now, I have questions about them from patients at my aesthetic clinic who have heard about these supplements from either a friend, or gym goer, or worse yet, the internet (gulp!).

Unfortunately, most of them are either poorly informed or altogether ill informed.

Because of this, I’ve decided to write a series of articles regarding peptides, their uses, and their benefits.

Who am I? You can call me the Peptide Doc! I am an active member of both the American Academy of Anti-Aging and a fellow of the International Peptide Society, but I’m also an avid gym-goer and physique-refiner, so I feel I have a good grounding to give some info on these matters.

There’s a lot of buzz about peptides in the fitness world these days. Various peptides are recommended for burning fat, building muscle, and improving athletic performance.

But what exactly are peptides?

Peptides are short chain amino acid monomers linked by a peptide bond. Once broken down, the human body uses these short amino acid chains to release growth hormone already stored in your body. To put it simply, they are basically just small proteins.

Peptides are quickly becoming an alternative for those seeking to use growth hormone for recovery, anti-aging and fat-loss.

Peptides play a significant role in the regulation of multiple mechanisms of biological aging. Peptides have many functions in the body, some act like neurotransmitters, others like hormones.

Many peptides control and influence how our bodies react to diet and physical exercise. Isolation of these small peptides has led to a peptide theory of aging, which basically submits that the average lifespan can be increased by slowing down the aging process.

The theory is based on the underlying assumption that changes in gene expression result in decreased protein synthesis, eventually leading to aging and the development of diseases.

Stimulation of peptide production through the use of “peptide bioregulators” is designed to affect a specific organ, system, or condition in the body, using a highly specific short chain peptide to act as a shortcut to initiate protein synthesis and increase organ function.

THE LINK BETWEEN PEPTIDES & AGING

Peptide research came about as a way to try and extend lifespan and quality of life, while minimizing potential side effects of the compounds used.

In a nutshell, aging involves the gradual process of a slowdown in protein synthesis, which eventually leads to malfunction and death of a living organism.

There are a myriad of factors related to this slowdown of protein building in the human body, including environmental factors and stress.

Peptides have become the go-to in the fitness industry for muscle hypertrophy and fat loss. All walks of athletes, from competitive bodybuilders to weekend warriors to anyone looking for a little boost or edge, are now partaking in the Peptide Revolution.

I have questions in my aesthetics practice daily about peptide therapy. So here’s a basic breakdown of the two most popular versions which are often stacked together for optimal results.

Adults do not stop producing growth hormone as they get older. Let’s get that myth out of the way. However, as you age, it is harder to activate the body’s release or pulse of growth hormone as frequently as you did when you were still growing.

What does this mean in practice? It means decreased ability to recover from both workouts and injury, as well as greater difficulty with muscle building and retention!

It’s important to understand that for growth hormone producing peptides we have two separate but related categories.

These cause the body to secrete a small amount of growth hormone, usually in a steady fashion. The length of secretion time depends on the individual peptide.

These have a saturation point in the human body, meaning there is a maximum dose you can use which will show no added benefit if you go above it.

These help facilitate a larger pulse of secreted growth hormone but do so in a pulsatile fashion.

While GHRH will increase the amount of growth hormone your body secretes, GHRP actually forces a growth hormone pulse from your body (your pituitary gland), usually within minutes of administration.

Without going into great detail, you can think of GHRH as a steady leak and GHRP as a turn of the faucet, meaning once you take it, you get a burst of growth hormones.

So why not always take the big gulp? Because timing is critical with GHRPs, and the pulse is short lived.

So why not take the steady leak? Because the amount of increased GH leak, while significant, isn’t necessarily big enough to give you the positive benefits one would be looking for. The timing of dosing is also critically important.

How Can You Use Peptides Most Effectively?

The workaround is GHRH + GHRP. The combination not only allows you to get the benefit of steady release along with intermittent bursts, but it’s been found that by taking both, you increase the efficacy of each peptide up to six times.

In addition, when using GHRH and GHRP together you need not target specific times when your body produces pulse to get greater benefits (getting both the faucet and the steady leak we talked about earlier).

This was a quick primer for those new to peptides. To learn more, schedule a free consultation with me at Modern Aesthetica. We offer a full range of aesthetic and weight loss services at our Santa Monica wellness clinic, and I’ll help walk you through which ones will work best for you.

Hello All...I recently went to see Dr. Daniel @ the newly opened Modern Aesthetics Spa and I was delighted! I had an upcoming social event so I decided to try the PRP facial AKA the vampire facial. There was no discomfort involved and the results were great...soft, pretty, glowing skin! Great staff too...ask for Dana for scheduling, she's awesome!

Dr. Danny keeps it real! With gratitude, I have decided to write this review. I got a few subtle services done with him and I have been really happy about it. I proudly say that I trust his insight and knowledge. He truly is a talented physician and works from his heart. I am fortunate to have found this place. Thank you Modern Aesthetica!

I was referred to Dr. Dan via a couple clients/friends. I went in there not really knowing what to expect...but I needed help filling in some lines without actual filler. He's honest and even told me I DIDN'T need things I though I might. When I say instant results...I mean it. Shocking! He's professional, courteous and straight to the point. It's been 3 days and I can't stop staring at my face...very well knowing the results I already see will be even better in 2 weeks. Amazing. Referring everyone I know!

Dr. Daniel is the best. His office is clean and the receptionist made me feel super welcome and comfortable. Will definitely be returning!!!

Dr. Daniel has helped me with my fitness journey so much! He is a truly caring physician and was available for me every step of the way. A lot of weight loss and fitness doctors use the same template, but I KNOW he treats every patient specifically, and adjusts the regimen to tailor it to my needs.

I went to go see Dr. Danny recently and he treated with kit gloves. I couldn't be happier. He's a phenomenal doctor and what a beautiful facility.

I was referred to Dr. Danny by a friend who got great results with his fitness regimen. I had hit a plateau in terms of my results so that’s why I first went to Modern. I didn’t know what to expect but I was amazed at everything Dr. Danny shared with me. He gave me some great advice on a medicine based fitness regiment and customized something just for me. Loving the results. Thank you!

I had a Vampire Facial here and the results were amazing. Dr. Danny made sure I looked great for my best friend's party 1 week after. Finding a great doctor in Los Angeles can be tough but I think I found a solid one here! If you want to look your VERY best, I highly recommend Dr. Danny and the entire staff at Modern Aesthetica!

What can I say! Dr. Danny and his team gave me the amazing glow I wanted for my holiday party. This was my first time doing any lip fillers and facial services and I am totally happy about the results! I'll be back.

I recently tried out the laser hair removal, my legs are so soft. Dr. Daniel did and great job I'm very pleased with the results I got I'll definitely be going back. I recommend everyone go check him out!

This was my first experience with laser hair removal and I've heard a lot of discoursing rumors about pricing and pain. Dr. Daniel made me feel super comfortable about going forward with this treatments and I can't describe how satisfied I am with the results!!!! I did my underarms to start and I will most certainly be going back for more

Let me start by saying, I am VERY selective with who I get work done by. My best friend referred me to Dr. Danny after getting botox done by him. I wanted to not only make my lips more plump, but also correct my crooked upper lip. I have had my lips done before and know what I like. I asked Dr. Danny to give me a natural plump and correction. It has been a week since I've got my lips done and I am pleased to say, he is one of the few Doctors I've come across that ACTUALLY listens to the patients desires. There is a dangerous line between natural enhancements and an overdone fake look. I absolutely love my natural plump and can confidently say that I trust Dr. Danny's work.

I finally decided to try laser hair removal after getting tired of waxing for all these years. I got really attentive service from Dr. Daniel - he actually asked me questions that were relevant to my needs. I informed him that it took a lot of courage for me to finally try out lasering because I was so afraid that it would hurt! I've been going for a couple months now and my body is slowing becoming hairless! I highly recommend Dr. Daniel. Btw the office is brand new and super cute. I’m looking forward to see how the rest of maintenance of the Laser treatment will be.

Dr. Daniel is the best choice I have ever made! It took me a while to settle on a physician, but I'm glad I chose him!

OUR SERVICES
CONTACT US
Powered by Top Rated Local®